Insights from Children and Play 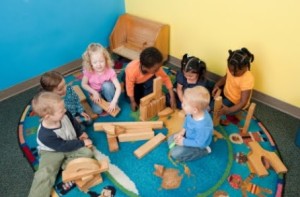 It is fascinating to watch a child engrossed in an activity, especially when their creativity and innovation defy our prior knowledge. If we watch without interfering we can find out how the child’s mind works. I have watched a two year old diligently and deliberately arrange twenty or so toy cars neatly in a straight line, nose to nose, then, one by one rearrange them putting them side by side in an equally straight line. No one told the child that cars have wheels so they are designed to roll along the floor, although the child in question did occasionally roll a car before placing it in order. I thought this was unusual behaviour for a two year old, maybe basing my experience on my five rather more untidy children, but his mother considered it quite normal and she has four boys. So who is to say what is normal and what is not, or even what normal is?

Playing is the best way for a child to learn. It teaches them about the world around them, how things work and what makes things happen. In play a child will imitate, innovate, create and experiment and different children will do so different ways. It is usually an adult that come and tell a child that there is a certain accepted way things should be done and building blocks are for stacking, not toy cars and here’s a pencil and paper for you to draw a star instead of using the aforementioned cars. An analogy can be drawn to education. There is a set body of knowledge to learn and it should be learnt in a certain logical order so as nothing is missed out. That is the adult speaking. The child may not be ready or interested in the particular aspect being taught, being fascinated in something else, and so misses out on a given step up the ladder of formal learning. If allowed enough time, the child would most likely come to a point where he or she would need the information that the formal education was presenting and so would the concept, skill or idea would be eagerly absorbed.

This would be an ideal world, but there are things that we as educators can do to help our children learn through play. While we watch, we can put into words what is happening. By enriching the child’s vocabulary we will be helping him or her progress from the concrete or hands-on, to the conceptual and then through to the abstract. Rather than dumbing things down, there is an opportunity to open horizons and ask questions. Asking the child what they think will happen if another car is added to the stack and then seeing if their estimation was correct. We can monitor a child’s understanding by listening to what they have to say. It gives them an opportunity to use new language and crystallise their ideas. Listening to a child validates their ideas, gives them confidence in their ability to learn and then to take responsibility for the direction of their learning, their curiosity and creativity being their best aids to learning.